The Sustainable Groundwater Management Act (SGMA) is a 2014 California law that requires groundwater to be sustainably managed over a long period. This means the amount of groundwater that can be taken every year cannot, overtime, create lower groundwater levels and/or:

The OVGA approved the Groundwater Sustainability Plan on December 9, 2021.

The OVGB is a large basin – 1,030 square miles – with a number of jurisdictional, legal, and water management considerations specific to the basin. The Basin includes the Owens, Round, Chalfant, Hammil, and Benton Valleys as well as Fish Slough. Owens Valley is currently identified as a low priority Basin by DWR, and not in a critically overdrafted condition. However, in 2014 the Basin was considered a medium priority basin, but an approved basin boundary modification in 2016 triggered a reassessment of basin priority. In 2018 DWR proposed the basin be classified as high priority due largely to out-of-basin groundwater exports. The OVGA objected to that draft DWR designation and in May 2019, the DWR released phase II of its prioritization proposing to designate the basin low priority. That designation was finalized in December 2019. 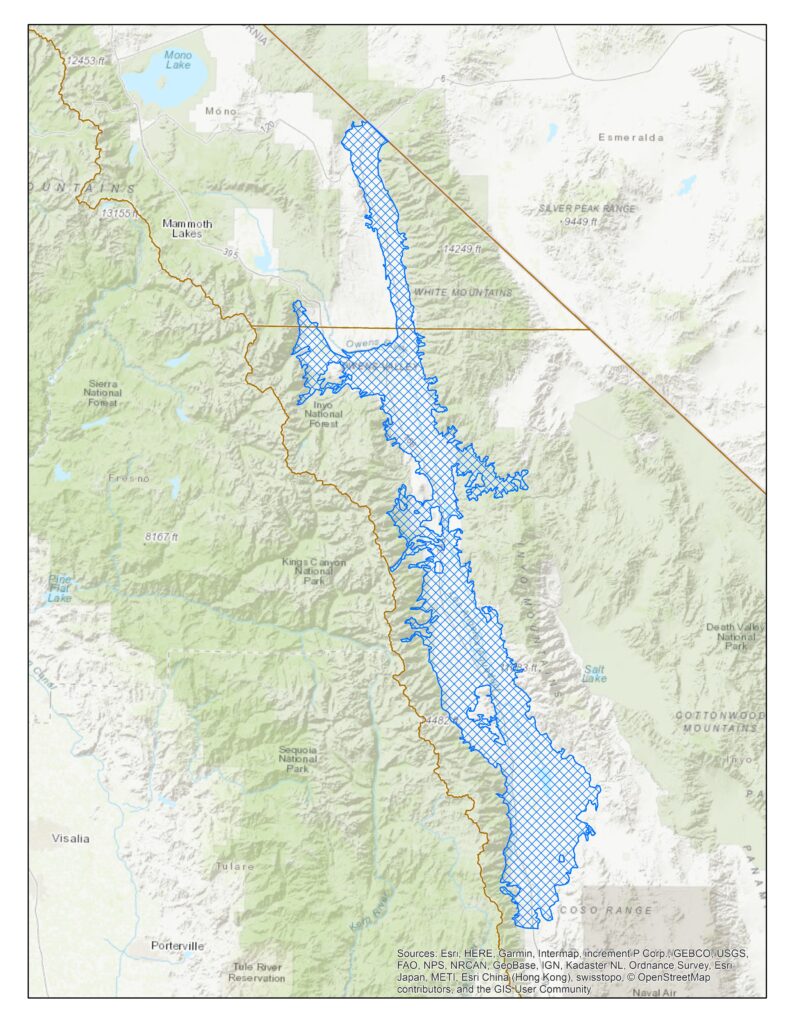 The OVGA was created to comply with the SGMA requirement that local agencies sustainably manage groundwater in the Owens Valley Groundwater Basin (OVGB).

Upcoming meetings and opportunities for public involvement will be posted here.

Funding for this project has been provided in full or in part from the
Water Quality, Supply, and Infrastructure Improvement Act of 2014
and through an agreement with the State Department of Water Resources.